Too Many Belts Boxing. Way Too Many 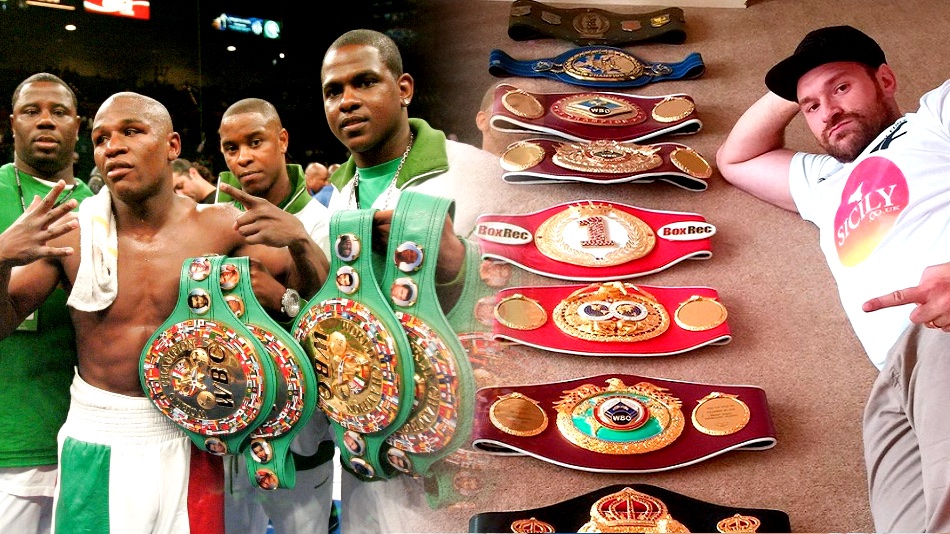 Among the many problems that Boxing faces these days, one is the confusion that fans are exposed when it comes to the many-multiple organizations, belts, and tv networks that exists in the sport. If you are new to the sport, chances are you are still figuring out how the sport is organized and how fighters navigate their way through a belt. You also may have also realized that there are so many champions that it's hard to know who is the real champions of a weight class. Boxing has to clean this mess before the sport is becomes irrelevant.

Most of us fans of the sport heard Floyd Mayweather go off about the many belts in boxing. We agree he hit the nail on the head. There are just too many belts handed out to too many fighters. It makes it really confusing for the fans.  Terms have been invented to support this nonsense. We hear of “unified champions”, “lineal champions”, “undisputed champions” as if those who created these terms think that the fans can keep up with the meaning of each and their standing in the sport. Why is there a need of so many titles for champions?  The problem lies in the amount of organizations in boxing (sanctioning bodies) and their ability to create their own rules. In boxing there are five major organizations. Yes, five!  We have the World Boxing Association (WBA), World Boxing Council (WBC), International Boxing Federation (IBF), World Boxing Organization (WBO), The Ring (magazine). By the way, Ring Magazine is owned by Oscar De La Hoya from Golden Boy Promotions. Little bit of conflict of interest there, wouldn't you say?
Take for instance the latest big fight between Lomachenko and Lopez.  By beating Lomachenko, Teofimo grabbed the  WBA, WBO, and The Ring lightweight titles. He was already the IBF champion by defeating Commey back in 2019. That made Lopez the "unified champion". But wait a minute, didn't Gervonta Davis also grabbed the vacant WBA belt when he beat Gamboa back in December 2019? Why was that belt vacant? Lomachenko was the WBA champion since May 2018 when he defeated Jorge Linares. Why didn't Davis and Lomachenko fight each other to see who was the real WBA champion? What's the point of having a vacant belt holder when the real champion of the organization (Lomachenko) is defending it from a different challenger?

As it turns out, the WBA Lightweight division currently has three champions. Teofimo Lopez (super champion), Gervonta Davis (regular champion) and wait for it...Rolando Romero! He's is the interim champion.  I am not making this up.  The WBA has in almost every single weight class, from heavyweights down to flyweights, three champions listed. A super champion, a regular champion and an interim champion. None of the three champions are being pressured to fight each other to come up with one champion.  How can the regular fan keep up with who is the champion of any weight class?

As Money Mayweather noted on his rant, the problem is money.  Sanctioning bodies take a percentage of the a boxer's purse when they fight for a world title. It could be as little as 3 percent of purse but with amount of money being generated in some fights, it could mean a pretty penny. Fighters are required to pay the fee on the same day they fight, and it's deducted from their purse. When these organizations are allowed to have multiple belts within their organizations, they are turning world championship title fights into a money making machine. Why earning only once for a lightweight title when you can generate many belts with different names within the weight class.  It's good business for them but bad business for the sport.  Fans already deal with corruption in scoring cards, TV networks reluctant to work with other networks, promoters not wanting their fighters to fight outside their promotions, etc, etc, etc. It's driving fans away from the sport.  Corruption is a the heart of it.

The clear solution is cut down the number of organizations. Do we have to have four world organizations in boxing?  One is called World Boxing Association, another one is called World Boxing Council and the other one World Boxing Organization. WBA, WBC and WBO. At least the fourth one was able to come up with a different acronym, IBF. Then, there is the magazine. Boxers are now fighting to be champions of a magazine.  It's time to take it from 5 to 3 sanctioning bodies. Each should have only one belt per weight class.

The question is who can save boxing?  Teddy Atlas has long been a proponent of having government oversight over boxing.  I know some of us don't like government intrusion in sports, but desperate times require desperate solutions. Boxing is too corrupt of a sport. It needs to have checks and balances.  It can longer be running wild because the sport that we all love is driving its fans away. This is not a new problem but the difference now. Not long ago Boxing was the king of price fighting. Now there is competition and they sure have learned from boxing's mistakes. 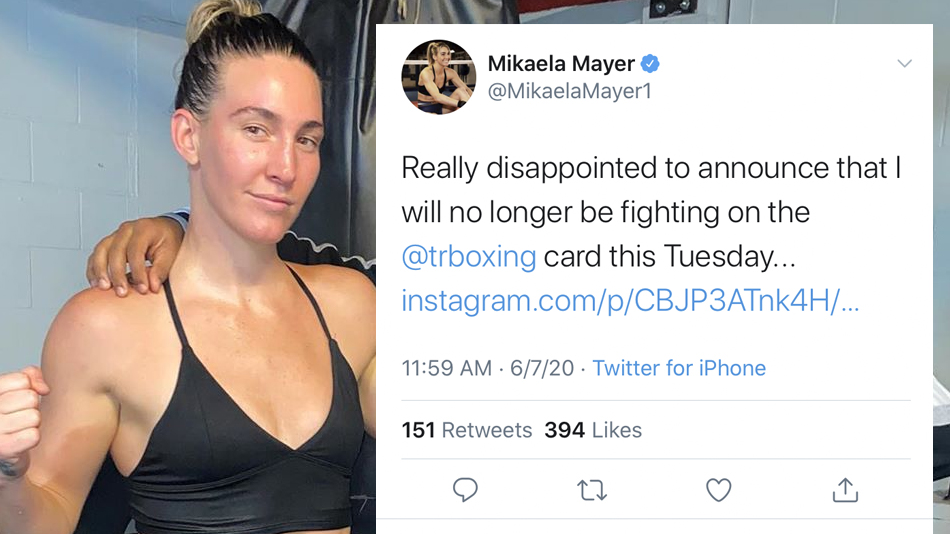 In a huge setback for Tuesday's fight, Mikaela Mayer is off the card due to testing positive to COVID-19. Mikaela was the co-feature for the WBO featherweight title bout between Shakur Stevenson and F..